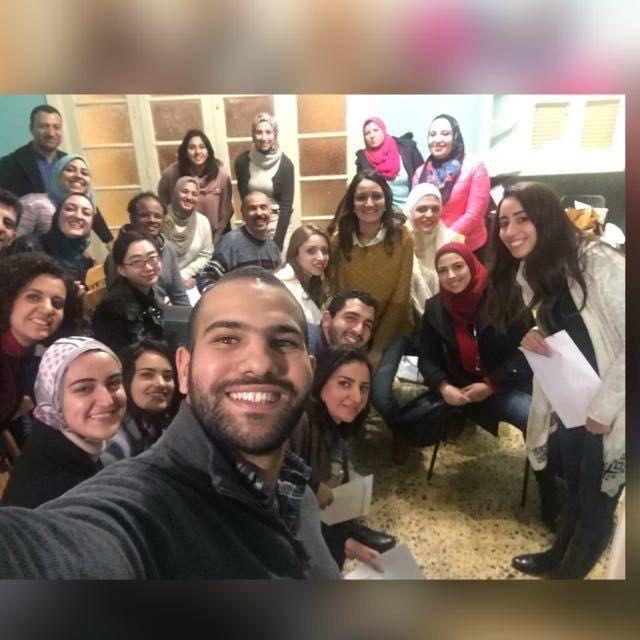 Recently, college students who have not seen a decade have sent me a WeChat message saying that they want to play in Egypt and ask me how Egypt is?

I said that I like Egypt very much. The environment in Egypt is actually a bit “dirty mess”, and it is the locals who really make me deeply affect this ancient country.

Many people say that Arabs are extroverted and the Egyptians are typical. They are more outgoing and lively on the whole, and they are very confident and optimistic. They are also very enthusiastic about foreigners. Sometimes this kind of enthusiasm makes me flattered.

Walking in the streets of Cairo, the Egyptians will always come forward to say hello to you. The way they say hello is generally divided into the following ways: in Chinese, “Hello”, “Directly ask me” (What’s your name?”(What is your name); Pick up your phone and take a photo with me. Very sincerely said: “Welcome to Egypt!” (welcome to Egypt). 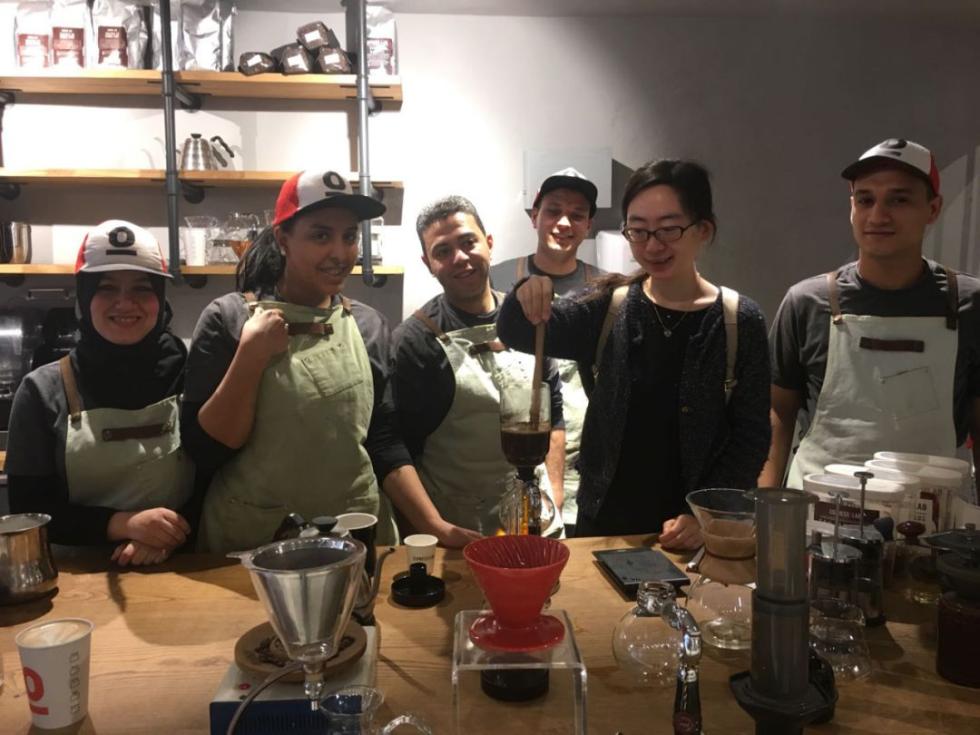 At the local cafe, the enthusiastic service staff asked the author to try to brew coffee.

The warmth and friendliness of the Egyptians is also reflected in the road civilization. Except for the main road and some intersections, there are very few traffic lights and sidewalks in Egypt. Crossing the road is not an easy task for foreigners.

However, when I was overwhelmed by the speeding car, the car in front of me suddenly stopped, and the driver reached out and smiled and made a “please” gesture to signal me. Sometimes I meet the traffic police, see if I can’t go to the road, I will wave my hand and stop the car.

In addition to these strangers who met on the street, my deep impression of the locals was also from the Egyptian employees who worked together.

Our employee Amra, like many Egyptians, is cool, humorous, chatting and helpful.

The deepest memory is that in a chat, I mentioned a special food kushary (a staple food of the locals, a bit like our egg fried rice). He said that his wife is very good at doing kushary. I casually said: You can eat your wife’s own kushary. 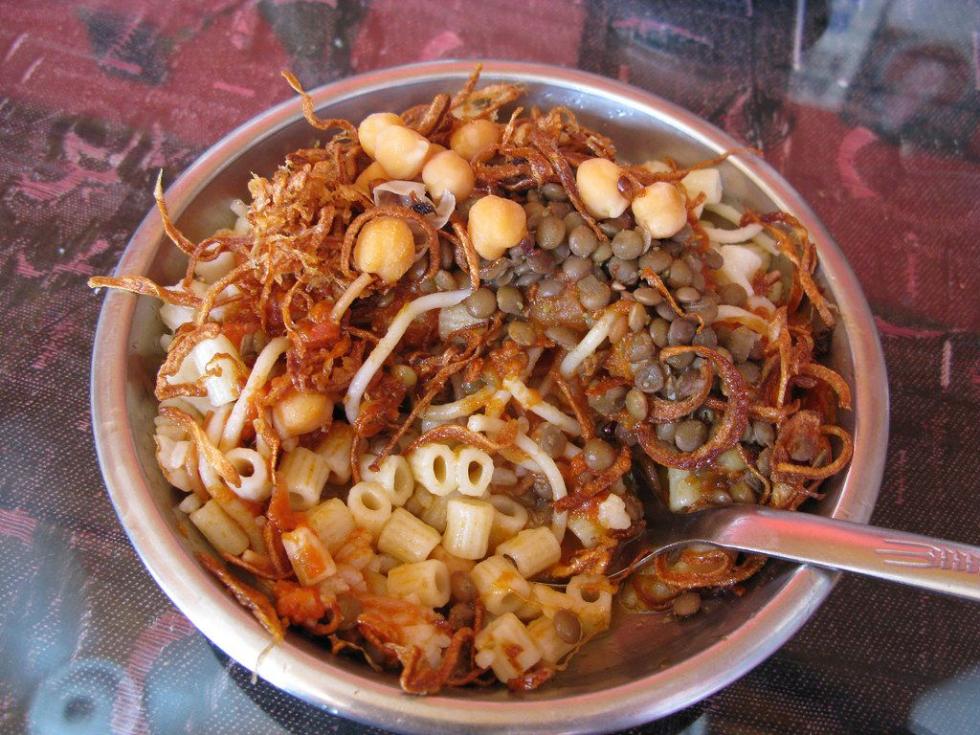 The picture shows the Egyptian kushary. Image from the network

After two days, Amra suddenly sent me a message in the evening to let me go to the office. After I went, he handed me a big orange bag and said that this was the kushary his wife had done.

I went home and opened it, it was shocking. This orange bag is a huge insulation bag with various lunch boxes. Kushary is usually made with rice, macaroni, onions, black lentils and ketchup. Amra’s wife actually puts these ingredients in different fresh-keeping lunch boxes so that I can mix them according to my own taste preferences. .

Amra and his wife have their own jobs during the day, and they have to take care of two children after work. The intense rhythm of life is still a busy day for me. It is really moving.

Although the Egyptians are lively and cheerful, they don’t like sports. Poor road conditions and scarce public spaces may be the main reason for their “good quiet”.

There are very few sidewalks and traffic lights designed for pedestrians in Egypt. Walking here is not necessarily a matter of relaxation. On the contrary, you need to be vigilant at all times, because the information you need to deal with is too complicated: for example, the road is uneven, throwing Garbage, wildcat wild dogs, fast-moving cars, children who want money, or women.

So what about the park? You know, in a country like Egypt where 90% are deserts, the park is simply pitiful. Even in the capital, Cairo, only the Al-Azhar Park in the city centre and some remote family parks are available. 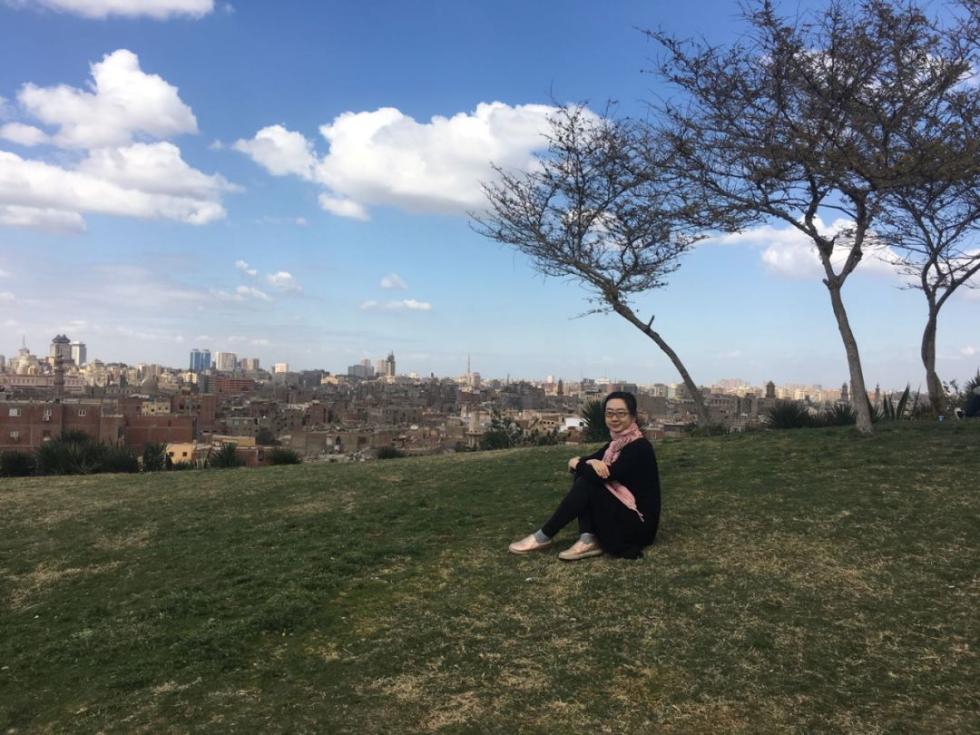 The author is in the largest park in Cairo, Al-Azhar Park.

In the park, you can’t see people running, walking, punching, rollerblading, and square dance. The Egyptians prefer to sit on the park bench and enjoy it. Green, or have a tent picnic on the grass.

A few Egyptians who like fitness go to the gym or club. These clubs are membership-based and require expensive membership fees.

There are many desserts and cake shops in Cairo. The desserts are exquisite and varied, but they are not very appetizing. Because they have tasted it, their sweetness is “atomic bomb” energy level.

The Egyptian desserts taken by the author.

Not only that, the Egyptians must add sugar when they drink coffee and black tea. An Egyptian employee at the branch said that he usually adds a packet of sugar per cup, which is already a small amount among the Egyptians. In Egypt, a cup of coffee or tea with two or three packets of sugar is a very common thing.

On the shelves of Egyptian supermarkets, there is usually a whole row of shelves filled with various brands and types of sugar. I even think The cola, ice cream and snickers here are much sweeter than the domestic ones.

Egypt has a population of 66 million. It is said that the annual consumption of sugar is about 2 million tons, based on the population, the average per person per The monthly sugar consumption is about 3 kilograms, so it is common for some adults to consume more than ten kilograms of sugar per month.

Egyptians like sweets also have many health problems. Egypt is one of the countries with the highest rates of obesity in the world, with high rates of obesity among Egyptian adults. Up to 35%, about 10% of Egyptians have diabetes.

What? Have lunch at three in the afternoon!

Sometimes I go out to eat or go shopping with my colleagues. Because of the difference in eating time, it is inevitable that I will encounter embarrassing situations. For example, at 12 o’clock noon, I feel a little hungry. We want to go to the restaurant for lunch, but we are told that it will start after 13:00 lunch. Now we only serve simple breakfast.

The author’s daughter eats local pies on the streets of Egypt.

In addition, the Egyptians have some other customs. For example, at the wedding, the bridegroom, the bride and the guests will dance with the rhythmic Arabic music. The scene is very lively; the Egyptians also like to smoke shisha, drink black tea, coffee and so on.

However, the Egyptians also have many similarities with the Chinese, such as the strong family concept, the education and cultivation of children.

Because of ethnic, religious, and cultural factors, some unique things in the Egyptians often make me feel fresh and interesting, and their similarities with the Chinese make me feel comfortable and friendly when I get along with them. 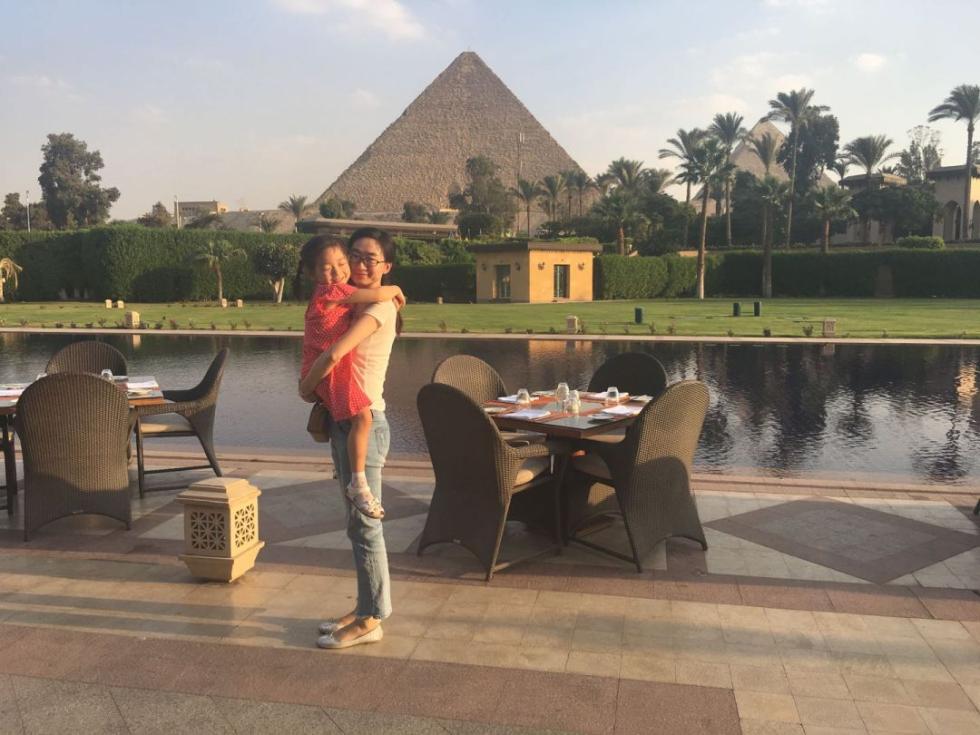 Original Title: Foreign Hand Account | Egyptians may imagine with you Some are different